Why You Need to Develop the Mindset of a Futurist

The future is now — why marketing and communications professionals need to develop the mindset of a futurist to drive momentum for their brands.

When we think of the future, it’s usually in terms of our work activities: weekly updates, monthly metrics, quarterly benchmarks, annual plans and five-year goals. We tie the future to achieving stated performance metrics.

But underneath our “planned, exceeds and stretch” goals are the undercurrents of change occurring all around us. Over time, the small changes build momentum and may affect the way we communicate, market or operate on behalf of our organizations.

Take, for example, my neighbor, Denise, who drove up to my house in suburban Saint Paul, Minn., in her new hybrid minivan. She was very proud of it – not only for its fuel efficiency, but because her choice was allowing her to do what she thought was right for the environment.

What struck me at that moment were all of the changes and innovation needed to take place over decades probably for Denise to be able to drive a hybrid electric vehicle – and all of the changes yet to come, such as driverless cars, trucks and farm equipment; shared car ownership; flying cars; and the phase-out of combustion engines in France, the U.K. and elsewhere.

In short, the future is happening right now, before our very eyes. 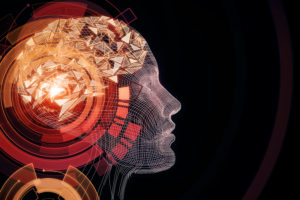 Nicholas Negroponte, the founder Massachusetts Institute of Technology‘s Media Lab, described in a 2013 presentation to the World Future Society how he felt when he predicted the future 10 years out, and then to find himself 10 years later, actually living into some of his predictions.

Negroponte says there are four ways we look at the future. There are the changes we know are going to come, the changes we see on the periphery, metaphorical changes (for example, moving our desktop to the Cloud), and contrarian changes (changes that we think won’t happen, but actually do happen).

On any given day, many of us involved in the communications industry talk about future changes to come in terms similar to those outlined by Negroponte, but rarely do we intentionally consider the future in proactive terms.

For example, while I’m dazzled by the videos of jumping robots by the robotics firm Boston Dynamics, I can’t help but think about the ramifications of highly mobile robots powered with artificial intelligence, patrolling our streets as police officers or delivering parcels. Or, for that matter, the impact of very human looking sexbots on human sexuality and intimacy.

That’s why we, as communications professionals, need to start thinking like futurists. As the people to which organizations look to manage and enhance relationships with key stakeholders, we need to have a firm understanding of not only what’s next, but how “what’s next” may impact our work, our culture, and our planet.

Imagine, for example, that you are one of thousands of people employed – directly or indirectly — by an online retailer in the transportation of goods to consumers. Although the retailer’s use of electric, driverless trucks or drones may sound amazing, to those who drive those trucks today, it sounds like a death sentence – because it means that, one day, they may be out of a job.

How would you handle that paradigm change if you were the head of corporate communications for the online retailer?

Thinking like a futurist isn’t necessarily imagining seemingly impossible, fanciful or downright crazy things or events that may happen 10, 20 or 50 years from now. Rather, it starts with observing what’s happening now, and imagining how those trends could evolve into any number of possibilities over time.

According to Julie Friedman Steele, social entrepreneur and board chair and CEO of the World Future Society, most futurists begin to look at the future starting at about five years out from today.

And, she explains, there is not one future.

“The future hasn’t happened. Instead, professional futurists think of many possible futures,” Friedman Steele says. “And, while there may be many futures, such as the dystopian futures often portrayed in Hollywood movies and TV shows, as futurists we advocate for futures that are beneficial to humanity.”

What futurists are often called upon to do is to help organizations “future-proof” their businesses from possible threats, from the impact of rising sea levels or medical technology that allows humans to live to 150, to a time when humans are colonizing Mars.

However, cautions Friedman Steele, as much as a futurist can help an organization’s leaders open their minds to numerous possibilities, even futurists must be aware of their blind spots, such as assuming the world’s economy will always be based on capitalism or assuming the United States will always be a democracy.

The pathway to a futurist mindset, she says, typically begins with a person feeling a personal sense of comfort with ambiguity.

“Futurists understand that change will happen,” she says, “and when it does, they are able to roll with it versus becoming handcuffed by it.”

Futures That Many May Not be Ready For

Thinking like a futurist means not only preparing the organization you represent to communicate outwardly with key stakeholders, but to provide counsel inward, to top management on how future scenarios may impact the relationship between an organization and its stakeholders.

This may mean providing counsel that is not rosy, or suggesting that some future trends may offer ethical dilemmas for an organization and its business leaders.

One such trend that is already impacting how we live is behavioral analytics (powered by artificial intelligence). In a nutshell, says futurist Gray Scott, also a member of the World Future Society, businesses and government are using behavioral analytics to better understand the decision making of people, such as current and potential customers.

“It’s getting so good, that some companies are able to predict what a person may want or need before that person even knows they want it,” says Scott. “Through the use of artificial intelligence, this will only accelerate as we move forward.”

“I don’t know if our species is ready for artificial intelligence (AI),” Scott adds, “or many of the other changes that are occurring right before our eyes. We have crossed into an invisible new paradigm that many experts are having a difficult time defining.”

Focusing specifically on artificial intelligence, Scott says AI is going change nearly every aspect of our lives, from how we clean our homes or how we work to how we die.

“We are looking at a world of ultra efficiency,” says Scott, “where new technology will continue to speed up everything we do, eventually outpacing our own abilities to adopt and change.”

He points to a future where the lines of reality will become blurred with alternate realities. Imagine, if you will, when medical technology allows a person wearing contact lenses to view every person they meet as a dragon. What this means, Scott says, is that trust – and the very definition of what it means to be truthful (or what is real) — will be called into question.

Trust, the Backbone of Change

Communications professionals must be careful not to hype the promise of new technology, especially if it’s difficult to see what the impact of that technology will be in five or ten years from now. Instead, they must always remember that their role is to consider, interpret and address how change will not only affect people (employees, consumers, investors, etc.), but how change will affect the trust upon which relationships are built.

When Cristina Dolan, an engineer, computer scientist, and co-founder and COO of iXledger, an alternative blockchain marketplace for insurance, considers the future, trust is at the very core of many of the changes yet to come.

“It’s very expensive not to have global trust,” Dolan says. “Customers make decisions based on trust. People transact based on trust in a system. When there is trust, transactions and payments occur at a higher velocity, which stimulates the economy.”

For example, Dolan points to the dramatic rise in cryptocurrencies (Bitcoin, Litecoin, etc.), which emerged based on an underlying technology, blockchain, which allows all transactions within a chain of transactions to be publicly transparent. It is through this transparency that parties can exchange goods or services more quickly because they don’t have to go through a third party, which provides the trust that both parties need to complete their transaction.

When the theft of consumer data held by a credit reporting bureau or a government agency erodes trust, people will, says Dolan, take responsibility for their data, but at the expense of trust in traditional institutions.

“Communicators and business leaders must become used to the idea that people don’t trust one another anymore,” says Dolan. “The future belongs to the people and companies that understand how to build trust.”

What’s clear is that people who have a future mindset and understand how to build a trusted narrative for a brand will be sorely needed in the future.

“We need communicators to help people adopt to what is coming,” adds Scott. “There are people who are petrified by change. They’re afraid of everything, and that’s a big danger. In the future, empathy for others will be the key to our safety (and survival). As life becomes more complex, we will need communicators to create the narrative relationships that help people embrace the future.”

Note: This article was originally published in the January 2018 issue of PRSA Strategies and Tactics.

Stephen Dupont, APR, is vice president of public relations and branded content at Pocket Hercules, a Minneapolis branding and creative firm. He blogs at www.stephendupont.co.

This site uses Akismet to reduce spam. Learn how your comment data is processed. 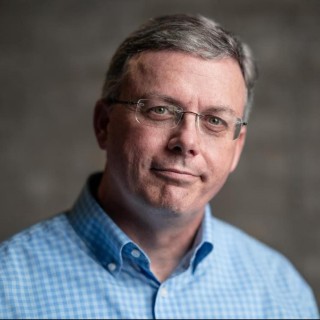